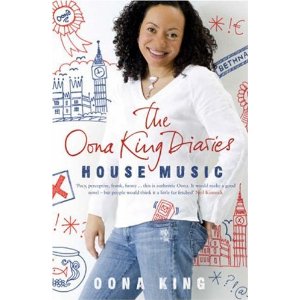 How a British MP Lost Her Seat But Kept Her Dignity

The Oona King Diaries: House Music
by Oona King; Bloomsbury; 384 pages.
Not long after she lost reelection in May 2005, the British Labor parliamentarian Oona King boarded a plane and struck up conversation with the man sitting next to her. Unaware whom he was chatting with, the passenger bemoaned “that dreadful man, George Galloway,” who had defeated some MP named Oona. This encounter was similar to countless others, Ms. King tells us, in House Music: The Oona King Diaries (Bloomsbury , 384 pages, £12.99), in which complete strangers felt compelled to share “their story of their outrage” about the wrong that had been done to her. The evening of her defeat at the hands of a thuggish carpetbagger, Ms. King writes with pleasant shock about encountering a young volunteer who traveled from afar to work on her campaign. “This is my equivalent of the Spanish Civil War,” he told her.
And, in some sense, it was. Mr. Galloway is quite possibly the most disreputable individual to assume legislative office in the contemporary democratic world. A communist fellow traveler who mourned the downfall of the Soviet Union, Mr. Galloway had, by the time he challenged Ms. King, refocused his crude political energies on militant Islam’s war on the West, and particularly its Iraq theater. The combative Scotsman infamously praised Saddam Hussein for his “courage, strength ,and indefatigability” and visited the court of — and heaped praise upon — Basher al-Assad. Long-trailed by accusations of corruption and generally of ill repute, he was expelled by the Labor Party in 2003 for calling upon British soldiers to desert their posts in Iraq. Hoping to spite the party that had disowned him, he journeyed all the way from Scotland to a heavily Muslim district in London, helped found a hard-left splinter group, and, taunting Ms. King, a war supporter, as a “murderer” with “blood on her hands,” cynically whipped up animus against the incumbent that propelled him into office.
Ms. King,the second black woman ever elected to the House of Commons, seemed at first the perfect face for New Labour. And the battle with Mr. Galloway for Bethnal Green and Bow — Ms. King’s constituency in north London — attracted international attention for her, practically all of it sympathetic. Ms. King earned herself many supporters, particularly American ones keen on victory in the Battle for Iraq and who admired the resolve of British Prime Minister Tony Blair.
Yet in her brutally honest and exciting diaries, those erstwhile admirers of Ms. King’s will discover that, at times, her political views are not altogether different from those of her opponent. The bright, energetic daughter of American political theorist Preston King, Ms. King came from a left-wing household, and her political ideology was solidified as a young activist for the Campaign for Nuclear Disarmament and during her travels in Nicaragua with the FMLN. Her moral equivalence is at times indistinguishable from that of the man who defeated her: “It’s enraging that everything depends on the whims of madmen,” she writes, “Saddam Hussein on one side, and George Bush on the other.” Throughout her diaries, she delivers political polemics as stale Guardian leaders, and her views on the Arab-Israel conflict — in which she’s given to comparing the Jewish State to Nazi Germany — are particularly tiresome. Throughout the diary, she displays the worst traits of a British Fabian socialist, from resentment towards the United States to an omnipresent class-consciousness. She is hardly a “Blairite,” preferring the outdated nostrums of the unelectable “Old” Labor Party to the “New” ideas Tony Blair had worked so hard — and successfully — to fashion.
Ms. King was hardly a cheerleader for the war, Mr. Galloway’s claims of her being in league with those “murderers, Bush and Blair” notwithstanding. In 1998, when the British government joined the Clinton administration in bombing Saddam for flouting United Nations resolutions, she bucked her party. But in the time between Operation Desert Fox and March 2003, she had become convinced that enough time had elapsed and that Saddam would never change his ways. Her activism on genocide prevention and her genuine concern for human rights, inspired by trips to central Africa and southeast Asia, also convinced her to support the overthrow of the Ba’athist regime. The quandary she faced over Iraq was one experienced by many liberal internationalists torn between their stated commitment of preventing human rights abuses on the one hand and their almost slavish devotion to the whims of the “international community” on the other. “When does ‘final’ not mean final?” King asks in exasperation. “When it’s in a UN resolution.”
Whatever one makes of Ms. King’s politics, there is little doubt that she was a hardworking and exceptionally devoted MP, with a genuine and generous empathy for the downtrodden (a trait that aided her in representing London’s poor in parliament, a job in Britain’s welfare state often indistinguishable from that of a social worker). She was defeated not due to her conduct as a parliamentarian but because she took her anti-totalitarianism so seriously. In the twilight of her altogether too brief political career, Ms. King accomplished a most unusual task: she conducted a dignified campaign against a vulgarian indistinguishable in both temperament and critical faculty from a soccer hooligan. How she managed to carry herself through this escapade with such class is a lesson any American politician would do well to learn.