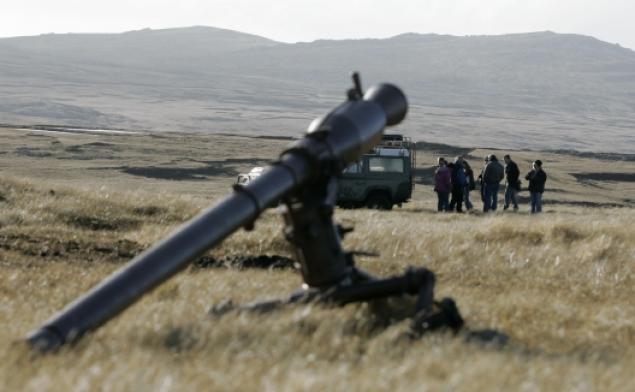 Why the Falklands matter

Americans might wonder why they should care about the fate of a tiny set of islands closer to Antarctica than to Florida, where penguins outnumber humans by more than 300 to 1. But the fate of the Falkland Islands — whose citizens expressed a near-unanimous desire to remain part of the United Kingdom this month — will set an important precedent for the universal principle of self-determination.
For nearly two centuries, Argentina and the U.K. have disputed the legal status of the South Atlantic archipelago. The conflict culminated in Argentina’s 1982 invasion and occupation, which Britain repelled in a two-month war. Three decades after that bloody battle, and with Buenos Aires once again launching a series of provocations aimed at gaining control over the Falklands, the islanders decided to hold a referendum that would conclusively demonstrate their will to the world.
The result was never in doubt. The islanders, nearly all of whom claim British ancestry, have long supported maintaining links with the U.K. The only uncertainty was whether the vote in favor of maintaining the island’s position as an overseas territory of the U.K. would reach 100%. Ultimately, 99.8% chose to maintain the status quo. Unfortunately, the referendum has only hardened Argentina’s position and has had no effect on American neutrality.
Argentina’s bellicose rhetoric is about more than just territorial claims. Since taking office in 2007, Argentine President Cristina Kirchner has implemented a series of disastrous economic policies. The country’s real inflation rate, believed to be as high as 20%, is one of the world’s highest. Argentina owes its creditors more than $35 billion. And so taking a cue from irresponsible world leaders since time immemorial, Kirchner has whipped up nationalist sentiment to distract from her own disastrous tenure.
Argentina has banned cruise ships that visit the Falklands from docking in Argentine ports, and it has pressured other Latin American governments to deny entry to Falklands-flagged vessels. Kirchner has derided the citizens of the islands — which Argentina stubbornly labels “Las Malvinas” — as “colonial implants.” Her foreign minister, meanwhile, declares that, “Falkland Islanders do not exist.”
Although the Obama administration recognizes Britain’s de facto administration of the islands, it does not recognize its de jure sovereignty, and has called upon Buenos Aires and London to “resolve” the issue diplomatically. But there is nothing to “resolve” about the status of the Falklands: 255 dead British servicemen (from the 1982 Falklands War) and a near 100% “yes” majority to continued British rule ought to have persuaded Washington to stand with its historic ally instead of pandering to Argentina.
Argentina is doing plenty of pandering of its own, telling the Latin American peanut gallery that British control over the islands is a remnant of its colonial past. But Argentina’s own claims to the islands are based on Spain’s disputed possession of them when it ruled most of South America. A British explorer made the first recorded landing on the Falklands in 1690, and the U.K. declared formal sovereignty in 1765. It established a permanent settlement there in 1833, and has maintained control over the territory continuously ever since, save for the two months of Argentina’s illegal occupation.
Argentina’s claim that the recent referendum was invalid — Kirchner compared it to “squatters voting to continue to illegally occupying a building” — is particularly absurd considering that most Argentines themselves are descendants of Spanish and Italian settlers who arrived in the 19th century.
But in determining who should rule the Falklands, the history of the islands is less important than the will of the people who currently live there. Self-determination is a right enshrined in the UN Charter. If the democratically expressed choice of the islanders is disrespected, then what is to stop any other country from similarly laying claim to territories that it wants? Unsurprisingly, Russia and China have backed Argentina, worried that recognizing the will of the islanders could affect their own positions in Chechnya and Tibet, respectively.
And from a geopolitical standpoint, it could not be clearer which side American should take. On one side is Britain, our oldest and most important ally, with which America enjoys a substantial “special relationship.”
On the other is Argentina, ruled by an erratic, anti-American demagogue allied with the likes of Cuba’s Fidel Castro and the late Venezuelan authoritarian Hugo Chavez. Kirchner has recently cozied up to Iran, forming a so-called “Truth Commission” with Tehran to investigate the bombing of a Buenos Aires Jewish center in 1994. Both Interpol and Argentine prosecutors have pinned the attack on the Iranians; cooperating with them on such a probe is like appointing O.J. Simpson to find the “real killers” of Nicole Brown Simpson.
Operating on the assumption that coming down decisively on the side of Britain would needlessly provoke Latin American governments, the Obama administration has followed the policy of its predecessors by essentially ignoring the will of the Falklanders. Last week, in response to the referendum, the State Department acknowledged “competing claims” to the islands and reiterated the U.S. policy of “taking no position on sovereignty claims.” While another war over the Falklands is unlikely, American neutrality gives the green light to continued Argentine aggression. It is in the interests of both our alliance with Britain and the sacrosanct precept of self-determination — upon which the United States was itself founded — that this ignominious policy come to a prompt end.