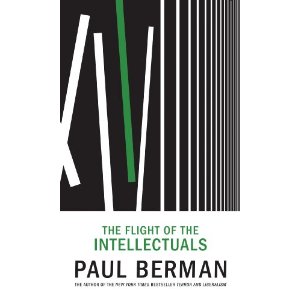 In 2003, the Swiss-born Islamic scholar Tariq Ramadan debated Nicolas Sarkozy, then France’s interior minister, on a television program called “One Hundred Minutes to Convince.” At issue was the condition of women in immigrant Muslim communities in Europe. Sarkozy wanted to know if Ramadan shared the view of his brother, Hani (himself a scholar of Islam of some repute), who held that female adulterers should be stoned to death, as prescribed in the Koran. Ramadan replied that he favored a “moratorium” on the practice. Vehemently challenged by the zealous future French president, Ramadan elaborated, “we absolutely end the application of all of those penalties in order to have a true debate.” As Paul Berman, one of the most perceptive chroniclers and interpreters of postwar intellectual currents writes in his new tour de force, The Flight of the Intellectuals, this moment was a failed opportunity of tragic proportions. Six million people watched the debate that evening, presumably many of them Muslims adhering to a strict interpretation of their holy book. And at a moment when “the very people who might have benefited from hearing a prestigious and articulate public figure speak with absolute clarity about violence against women” were listening, one of the world’s leading, supposedly reform-minded Islamic thinkers “was not up to it.”