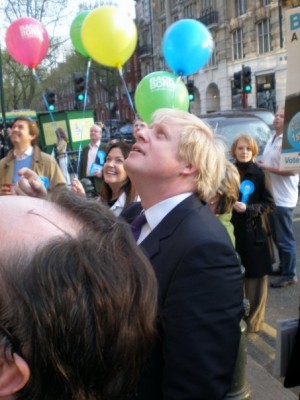 On the hustings with Boris Johnson, London’s unlikely mayor.