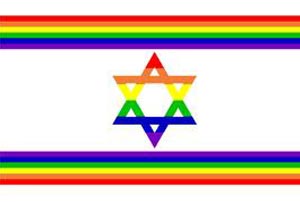 The Fallacy of the "Pinkwashing" Argument

On March 16, a group of gay Israeli teenagers was set to meet with the Seattle LGBT Commission, a body representing the interests of the gay community before the city government. The students were touring the United States under the auspices of the Alliance of Israeli LGBT Educational Organizations, a network of groups that support lesbian, gay, bisexual and transgender youth. The purpose of the visit was to exchange ideas about best practices for combating homophobia, share personal experiences and, like any cultural exchange, generally learn from one other.
Given the recent spate of tragic suicides by gay teenagers in the U.S., it would be hard for anyone, outside the confines of the gay-hating religious right, to find anything pernicious about such an endeavor. But then Dean Spade, an assistant professor at Seattle University School of Law, entered the picture. Spade is a leading figure in the movement to combat Israeli “pinkwashing,” which translates into English as the Jewish state’s “deliberate strategy to conceal the continuing violations of Palestinians’ human rights behind an image of modernity signified by Israeli gay life,” according to Sarah Schulman, who popularized the term in a New York Times op-ed last year.
You might have been under the impression that there was no outrageous crime, no horrible deed, with which Israel and Israelis have not already been charged. Injecting Palestinian babies with AIDS. Poisoning Palestinian water. “Mass graves” in Jenin. (And we haven’t even gotten to the charges presented in Stephen Walt and John Mearsheimer’s “The Israel Lobby.” ) No, not only do Israelis behave like Nazis, they have the gall to behave like gay ones.
In January, Spade and a group of far-left gay activists traveled to Israel and the West Bank (for some reason, they weren’t welcome in the Hamas-ruled Gaza Strip ). The trip was reminiscent of the political pilgrimages that American and European leftists made to Stalin’s Soviet Union, right down to the credulous, heaven-on-earth reporting. “Key to Israel’s pinkwashing campaign,” Spade and his travel-mates wrote in an “open letter” upon their return, “is the manipulative and false labeling of Israeli culture as gay-friendly and Palestinian culture as homophobic. It is our view that comparisons of this sort are both inaccurate – homophobia and transphobia are to be found throughout Palestinian and Israeli society.”
This is of course true, except for the not-insignificant point that Israeli society doesn’t sanction the torture and murder of homosexuals, whereas Palestinian society – like the vast majority of Arab and Muslim societies – does.
But even if Israel really were the giant gay bathhouse that the Tel Aviv tourism board allegedly proclaims it to be, this would be “beside the point,” the letter went on, because “Israel’s illegal occupation of Palestine cannot be somehow justified or excused by its purportedly tolerant treatment of some sectors of its own population.”
I must have missed the part in Deputy Foreign Minister Danny Ayalon’s notorious YouTube history lesson where he legally grounds Israel’s 45-year occupation of the West Bank on the worldwide popularity of Dana International, Israel’s Eurovision-winning transsexual Yemenite songstress. That’s because no one has ever “justified” or “excused” the occupation on such grounds, certainly not the Israeli government.
I’m even willing to wager that this straw man argument – “The Israeli occupation of Palestine is justified not due to biblical claims, the particularities of United Nations Security Council Resolution 242, or ongoing security threats, but because Israel has a thriving gay scene whereas Palestine does not” – has never been made in the history of debates about the Arab-Israeli conflict, including drunken college dorm-room bull sessions.
Shamefully, Seattle caved into Spade’s demands. “We weren’t prepared to handle the Palestinian question,” said Mac McGregor, the commission’s co-chair. Neither, of course, were the Israeli gay teenagers, who presumably wanted to talk with their peers about how to deal with homophobic bullying, not zoning restrictions in Area C. (Ultimately, the LGBT Commission saw the error of its ways and apologized to the rebuffed Israeli gay teenagers, but not until after they had left Seattle).
Could one imagine a group of American liberals boycotting a group of gay Zimbabweans or Iranians – people who reside in countries whose leaders, respectively, call homosexuals “worse than dogs and pigs” and hang them from construction cranes? Boycotting individuals because of the actions of their government, over which they have no control and that they may very well oppose, is absurd. Boycotting Israeli gay teenagers because of the occupation is akin to boycotting a group of Czech beer brewers because of their nation’s abysmal treatment of its Roma minority, or a French opera company because of the dismal state of the banlieues. And selectively boycotting Israelis – whether they be artists, professors or gay teenagers – is nothing short of anti-Semitic.
Most significant, but hardly surprising, is that it’s so-called “liberals” and “progressives” doing the boycotting. They’re the ones, remember, who are supposed to be open-minded and tolerant, who believe that all of us, regardless of our race, class, religion or national origin, are united in a brotherhood of man. For an increasing number of those on the left, such a brotherhood does indeed exist. It’s just one from which Jews, and only Jews, are excluded.