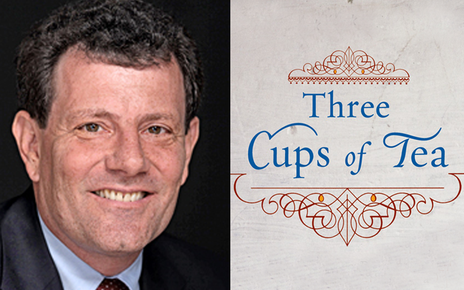 The Con Man and His Pet Columnist

Why does Nicholas Kristof continue to defend
the charlatan Greg Mortenson?