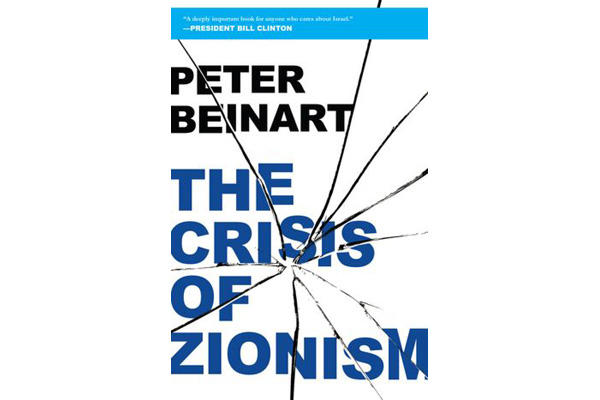 The Crisis of Zionism
by Peter Beinart. Times Books, 304 pages, $26
Late in Peter Beinart’s “The Crisis of Zionism,” the author cites a statistic that reveals much about his unsophisticated worldview. Writing about the alleged estrangement of young, American liberal Jews from the State of Israel, Beinart solemnly reports that “only 23 percent” of those who attend unaffiliated congregations “say they always feel proud of Israel.” This lack of unqualified pride, Beinart argues, is largely fueled by the rise of the Israeli right and its echo chamber among the leading American Jewish organizations. More than four decades into Israel’s occupation of the Palestinians, Beinart claims, the lack of a peace agreement ‏(for which he mostly faults Israel‏) could all but erase American Jewish liberal support for Israel.
“My country, right or wrong,” is a sentiment most commonly associated with the xenophobic right, not the cosmopolitan left. To “always feel proud” of one’s country, in the sense of being generally content with every action it takes and every policy it sets, is the mark of a shallow mind and uncomplicated soul. Americans and Israelis may have more reasons to feel proud of their countries than most other peoples, but they have had, and continue to have, many opportunities to feel shame. If the Israel that Beinart desires is one of which he can always feel proud, he is arguing for an Israel that will never exist. And that Beinart expects a country in which he does not even reside to meet such exacting standards betrays three unseemly traits that characterize this book and its author: hypocrisy, naivete and myopia.
It is hypocritical of Beinart, who places nearly all of the blame for the lack of a resolution to the Arab-Israeli conflict on Israel while pretending to see shades of gray, to accuse others of having a “monist” worldview. It is naive to think that Israel, given present political realities, could ever hope to please him. And it is myopic for Peter Beinart to think that Israelis should be most concerned with making Peter Beinart feel proud.
The crux of Beinart’s critique is that right-wingers have taken over the “American Jewish establishment,” something that’s become painfully apparent with the election of Barack Obama, whom Beinart calls America’s first “Jewish president.” The chauvinism of most Jewish leaders is visible, he says, in the disagreements that have emerged between them and Obama, who has come “to embody the Jewish liberalism that America’s leading Jewish organizations have abandoned,” due largely to the coterie of Jewish leftists in Chicago who inculcated “a specific, and subversive, vision of American Jewish identity and of the Jewish state” in him. Meanwhile, Jewish leaders have “built their careers on stories of Jewish victimhood and survival. None accept that we live in a new era in Jewish history in which our challenges stem less from weakness than from power.”
But if establishment leaders are obsessed with victimhood, then Beinart represents the opposite extreme, writing as if we live in a world in which anti-Semitism barely exists. Thus he elides the continuing, core problem of Arab recognition of a Jewish state. “When American Jewish organizations discuss the ideology of Hamas,” he complains, “they dwell almost exclusively on the organization’s anti-Semitic 1988 charter, which calls for Israel’s destruction.” A minor detail, you see. Beinart insists, in his book and elsewhere, that “Hamas has changed,” a bet that is far easier for a Jew living on the Upper West Side, as opposed to one living in Sderot, to take. The benefit of the doubt that Beinart extends to a variety of Islamic extremists is one he is peculiarly less willing to offer his fellow Jews.
As an example of the supposed obsession with the Holocaust, Beinart mocks an American Jewish leader for hanging a photo in his office of Israeli F-15s flying over Auschwitz, which, he sneers, they “never bombed” and “never will.” Adopting the argument of rabid Israel-haters, like Norman Finkelstein, Beinart alleges that Israelis and American Jews use the Holocaust to justify brutality against Palestinians: “What they have bombed, in recent years, is the Gaza Strip.” Beinart is right when he says that the world has changed and that America is blissfully free of the violent anti-Semitism that plagues so many other places. Yet, this sanguinity is a function of his own provincialism, and not altogether surprising coming from the pen of an American Jew who went to Yale, was a Rhodes Scholar and edited The New Republic – in short, someone for whom being Jewish was never a professional hindrance nor a cause of discrimination. He will sound complacent, if not recklessly arrogant, to most Israelis, who, unlike Beinart, would have to live with the consequences of his policy prescriptions.
Of course, the persistence of anti-Semitism and Muslim rejectionism does not license Israeli abuses. And with respect to the current morass, Israel is far from blameless. Benjamin Netanyahu’s televised lecturing of Obama in the Oval Office last year, just a day after the latter called for a negotiated settlement on the basis of the 1967 borders, was but the most visible example of the prime minister’s diplomatic tone-deafness. But did it, as Beinart suggests, represent “one of the most extraordinary humiliations of a president by a foreign leader in modern American history”? Surely Bashar Assad’s refusal to answer Obama’s repeated entreaties to step down, choosing instead to stay in office and massacre his people, is a greater humiliation. Never mind the humiliations dealt Eisenhower by Nasser, Kennedy by Nasser and by Castro, Carter by the Iranian revolutionaries and by Brezhnev, or Reagan by Gadhafi. Beinart ought to have a better sense of history.
Relentlessly one-sided