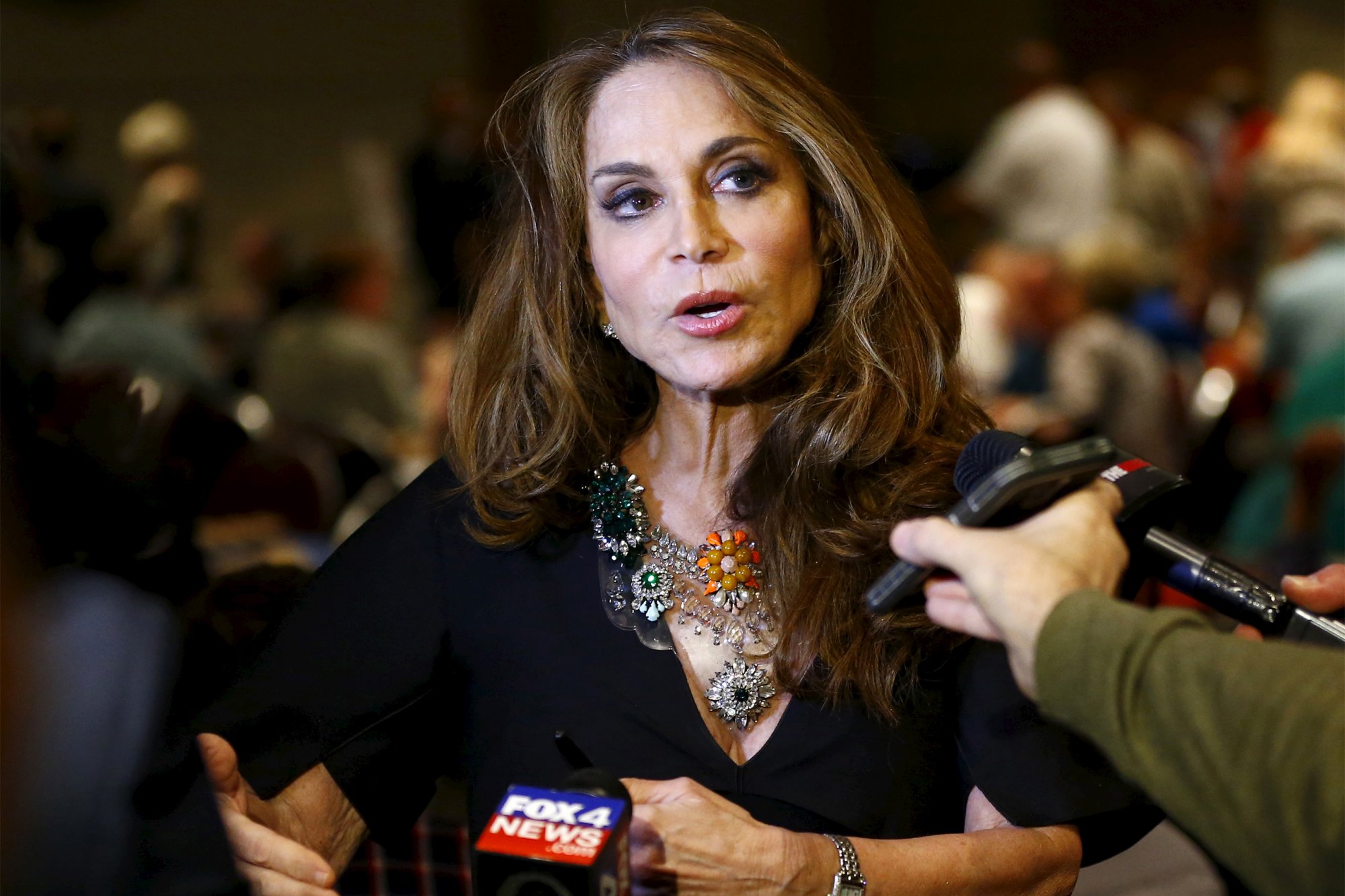 Since Pamela Geller likes to fashion herself a heroine of the Jewish people, let me use a Yiddish word to describe her: shanda.
Shanda means “shame,” and it’s usually used to describe a person or behavior that shames or embarrasses the Jewish community. It is hard to think of an American Jewish public figure of more ill repute than Geller, the self-styled “anti-jihadist” web warrior who hosted the Draw Muhammad event that came under attack Sunday in Garland, Texas.
From her luxury apartment in Manhattan, Geller has been single-handedly waging a crusade against global Islamic fundamentalism, which, in her considered view, is Islam itself. Like extremists of all stripes—including Sunday’s featured speaker, populist Dutch politician Geert Wilders, who has advocated banning the Quran—Geller lacks nuance, seeing the world in black and white. The “only moderate Muslim is a secular Muslim,” this reputed scholar of religion told The New York Times in 2009 after coming to prominence as a leader in the anti-Ground Zero mosque movement. When Muslims “pray five times a day…they’re cursing Christians and Jews five times a day,” she asserted.
If Geller embraced an element of camp, like that other right-wing female firebrand, Ann Coulter, she might be mildly amusing. Early in Geller’s Internet career, she produced an amateurish music video called “My Shariah,” with original lyrics refashioned to the tune of The Knack’s “My Sharona.” Now sadly erased from the web, it hinted at someone who at least had a sense of humor.
But Geller isn’t performance art. She’s deadly serious. The problem is that, contrary to her self-imaginings and those of her deluded followers, she isn’t a latter-day Golda Meir. She’s what you would get if Fran Drescher as “The Nanny” and the late ultranationalist anti-Arab rabbi-turned-political leader Meir Kahane reproduced.
For those of us who genuinely want to combat extremism and promote liberalism in the Muslim world, Geller is a uniquely toxic presence in the public discourse. She makes it easy for Islamist apologists to avoid debate, as they can always point to Geller and her outrageous behavior for ready examples of how pervasive “Islamophobia” has become in American society.
Yet Geller’s being an obnoxious blowhard cannot lessen her claim to the same free speech rights that more salubrious individuals enjoy.
Yet Geller’s being an obnoxious blowhard cannot lessen her claim to the same free speech rights that more salubrious individuals enjoy. Indeed, it is vital that free speech supporters unequivocally condemn Sunday’s attack precisely because Geller is an obnoxious blowhard. To understand why, it helps to remember one of America’s most important First Amendment legal cases.
The archetypical test of one’s commitment to free speech is his or her position on National Socialist Party of America v. Skokie. The 1977 case concerned a planned demonstration by neo-Nazis in the heavily Jewish Chicago suburb, where one of every six residents was a Holocaust survivor. After the neo-Nazi group announced its plans to march in the community, local authorities did everything they could to stop it, using bureaucratic tools like demanding the NSPA post $350,000 worth of liability insurance in advance of its demonstration.
The case eventually made its way to the Supreme Court, which overruled an injunction against the march issued by lower courts. Ultimately, the “march,” as such, never took place. Instead, some 20 neo-Nazis milled around for 10 minutes, drowned out by thousands of counter-protesters. The very freedom that the bigots used to express their bigotry became the tool for decent people to demonstrate their much larger numbers.
As is the case today with manifestations of Muhammed, critics argued that permitting neo-Nazis to march anywhere, never mind a community home to so many Jews, was “provocative” and “hateful.” Yet what I’ll take the liberty of calling the “Skokie test” has endured as a barometer of devotion to free speech because it’s the most extreme example one could possibly devise: the most despised, loathsome individuals (neo-Nazis) expressing their views unhindered to those people most likely to be offended by them (Holocaust survivors).
The Skokie case was taken up by the American Civil Liberties Union, and liberals love to cite it as proof of their free speech bona fides. Today, however, many liberals only begrudgingly endorse the free speech rights of those with whom they disagree. It’s useful to be reminded of the Skokie test today, when so many members of our literary, cultural, and journalistic elite have revealed themselves to be such fair-weather friends of free speech. As of this writing, more than 200 writers (some of them—Francine Prose, Teju Cole—quite well known, most of them non-entities) have signed an open letter protesting the decision of the PEN American Center to bestow an award on the remaining staff of Charlie Hebdo, the satirical French newspaper that has continued to publish on a regular basis despite the massacre of a dozen of its staff by Muslim terrorists in January. Garry Trudeau, in an April speech spitting on the graves of his murdered fellow cartoonists, deemed Charlie Hebdo to be “hate speech” and unworthy of our regard.
Pamela Geller is no hero, and, unlike the staff of Charlie—whose irreverent work has artistic merit—she doesn’t deserve any sort of prize. What she does deserve, and nothing more, is the protection of her right to say what she wants, especially by those of us who detest what she has to say.