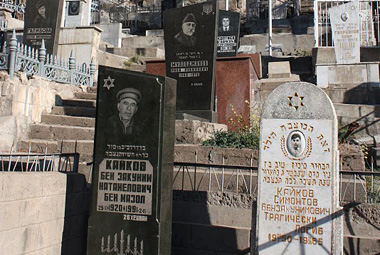 Tajikistan was home to thousands of Bukharan Jews, and conditions seemed right for it to stay that way. But the legacy of Soviet persecution and recent Central Asian ties to Iran have made Jewish life more difficult to maintain.