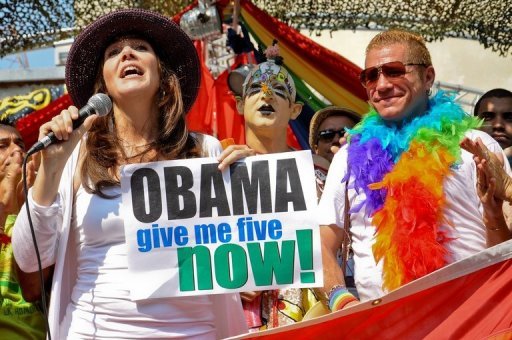 On December 7, 1990, Cuban poet and novelist Reinaldo Arenas ended his life. Forced into exile because of his political dissidence, and dying slowly of AIDS, he could no longer withstand the physical and mental torment of the disease. His brief suicide note, expressing contentment for a life well lived, nonetheless conveyed a sense of burning rage. “Persons near me are in no way responsible for my decision,” wrote Arenas, whose life Julian Schnabel portrayed elegiacally in his adaptation of Arenas’ memoir “Before Night Falls.”
“There is only one person I hold accountable: Fidel Castro.”
Like countless other gay Cubans, many of whom were executed or rounded up into concentration camps and worked to death in the name of Socialist revolution, Arenas was persecuted for his sexuality. So one can only imagine how he would react to the recent spectacle at the New York Public Library, in which a roomful of gay activists warmly welcomed a high-ranking representative from that despicable regime.
On May 29, Mariela Castro Espin, the niece of Cuba’s former President Fidel Castro and the daughter of its present leader, Raul, delivered a talk at an event organized by the National Gay and Lesbian Task Force. Back in Cuba, Castro (who is heterosexual) heads something called the National Center for Sex Education and is a prominent supporter of gay marriage. Asked about the regime’s interment of HIV-positive people, Castro “seemed to talk around the issue,” according to Gay City News. Nonetheless, she received a standing ovation.
In isolation, Castro’s support for gays is laudable. But her campaign for gay rights, such as it is, must be seen within the context of the repression that the Castro regime has inflicted upon the Cuban people for five decades.
The Castro brothers are wise enough to read international political currents; revolutionary machismo isn’t in vogue like it was in the 1960s. They know that a sure way to warm the hearts of progressives is to pledge support for some nebulous concept of “gay rights.” Never mind Cuban gays — like all citizens of Cuba save high-ranking members of the Communist Party — do not enjoy basic liberties like freedom of speech or religion. They cannot join an independent labor union or vote. When it comes to gay life in Cuba, “Not much has changed since Reinaldo Arenas’ time.”
That assessment doesn’t come from “terrorist groups based in Miami” or the “mediocre yellow press,” as Castro recently described her critics in a radio interview. It comes from In These Times, a left-wing American magazine that publishes the likes of Noam Chomsky. Three years ago, it ran a special feature on Cuba, including an in-depth report about homosexuality.
Government harassment of gays is routine, the magazine reported, and while gays may no longer be herded into concentration camps and worked to death, they are still arrested by police simply for their sexual orientation. “Gays are routinely picked up en masse on the streets, beaten, jailed indefinitely,” Herb Sosa of the Miami-based, Hispanic LGBT organization Unity Coalition told In These Times.
In a November 2010 vote at the United Nations, Cuba was the only Latin American country to support the removal of “sexual orientation” from a list, alongside religion, ethnicity and race, of prejudicial motives for murder. When the clause was reinserted after an international outcry and the measure returned for a vote, Cuba abstained.
Asked whether her father supports gay marriage, Castro told Amy Goodman of the “Democracy Now!” radio/TV program that, “He is convinced that it is necessary, that it is part of the project of full justice the Cuban Revolution proposes.” One then wonders what is stopping this man, who has absolute power, from simply decreeing the right of gays to marry, as he has decreed the arbitrary imprisonment and executions of fellow Cubans.
In truth, Castro’s talk of gay rights is just a pretext for her broader defense of the Castro family’s dictatorship. In the speeches and interviews she gave last month, no sooner did she mouth a few words about “tolerance” and “progress” for gays before launching into a diatribe condemning President Obama as “represent(ing) an imperialist government and policy” and extolling the virtues of the Cuban Revolution.
In an interview with CNN’s Christiane Amanpour, Castro dispensed quickly with the sweet talk about respecting gay people and got right to the real purpose of her visit: demanding that the United States release five Cuban spies arrested in 1998 in exchange for Alan Gross, an American social worker who has been jailed by the Castro regime for the past three years on trumped-up charges of espionage. (Gross was working as a contractor for the U.S. Agency for International Development, bringing computers to the island’s tiny Jewish community.)
“He has been treated with respect and dignity the way we always treat prisoners in Cuba,” Castro told Amanpour, something that might come as news to the Red Cross, to which the Cuban government has refused access.
Here we have a genuine case of “pinkwashing,” a term that some gay activists have applied to Israel, alleging, as one of them did recently in The New York Times, that the Jewish state employs a “deliberate strategy to conceal the continuing violations of Palestinians’ human rights behind an image of modernity signified by Israeli gay life.”
Mouthing a few nice things to say about gay people — while the regime she represents and defends continues to oppress them — Castro whitewashes the reality of Cuba, the only country in the Western Hemisphere to be ranked “Not Free” by the international human rights watchdog Freedom House.
“Cuba will be free. I already am.” These were the last written words of Reinaldo Arenas. As for Cuban gays, they will be free when Cuba itself is free, and that day will arrive only when Mariela Castro Espin and her miserable family no longer rule the island as their personal fiefdom.