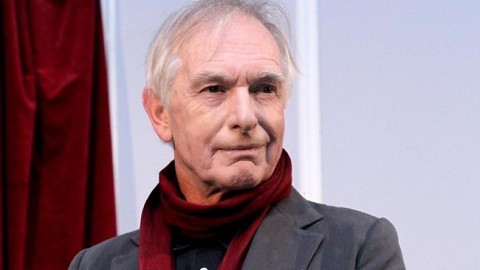 Film Director Peter Weir On 'The Way Back'

Peter Weir is Australia’s most acclaimed film director, with movies like “Gallipoli,” “Picnic at Hanging Rock,” “The Truman Show,” and “Dead Poets Society” to his name.
His most recent release, “The Way Back” starring Ed Harris and Colin Farrell, traces the purportedly true journey of prisoners who escaped from the Siberian gulag and made it to India, via the Gobi Desert, the Himalaya Mountains, and Tibet.
Weir recently visited Prague for the Febiofest film festival, where he was given the Kristian Award. He spoke with RFE/RL writer-at-large James Kirchick about his research of the gulag, his political reawakening, and how audiences are reacting to “The Way Back.”
RFE/RL: What was it that inspired you to make this movie?
Peter Weir: I generally tend to say “no” to everything so I’d said “no” to it initially although I’d enjoyed the book very much that had become the primary inspiration, The Long Walk by Slawomir Rawicz. But I felt I couldn’t get it off my mind. It would come back to me. And I’d pick an odd book off the shelf to read about this period, which was essentially the Soviet era, although it’s set in the Second World War.
I found myself reading a little around it, and I read Anne Applebaum’s book “Gulag.” I was drawn into it, it was irresistible, finally, and I accepted to do it and found one of the great experiences was the research and interviews with survivors and so on.
RFE/RL: In many ways it’s an adventure story, but there’s something of a political message in the movie, do you think, or was that not intentional?
Weir: I know you don’t mean this, but a gentleman got up at a preview during question-and-answer time and said to me, “You know, this film is basically anticommunist.” I said, “Yeah.” I said: “I’m anticommunist and I’m anti-Nazi. I’m anti-police states, generally.”
I’m not a political filmmaker, although everything is political, as somebody said. It’s always been the human condition which has interested me and, in this case, these people had suffered injustice as the result of a political system that was an incredible experiment of the 20th century. The first thing I noted was how little I knew about it. I had to do a lot of reading.