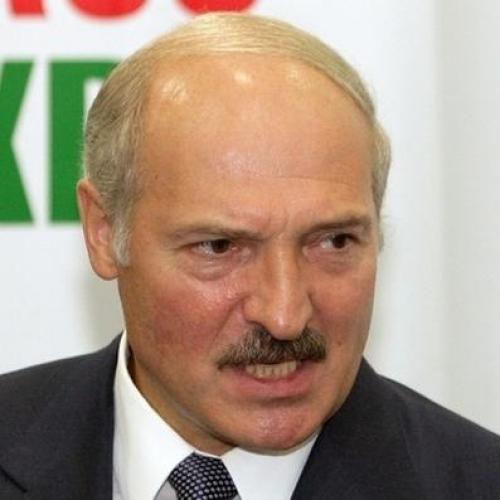 Why is the West cozying up to Europe’s last dictator?

On December 19, citizens in the former Soviet republic of Belarus will head to polls to vote in the country’s presidential election, the fourth since 1994. But Belarusians don’t have any real hope of unseating incumbent Alexander Lukashenko, who has ruled the country with an iron fist since winning the presidency 16 years ago. Widely known as “Europe’s Last Dictator,” Lukashenko has cracked down on independent media, routinely broken up public protests, and “disappeared” prominent opposition leaders. He has also rigged his election victories, and there are already signs that tampering will occur again this year. (It doesn’t help that his rivals couldn’t settle on a single candidate, instead flooding the field; there are nine contenders in the race.) It is no surprise, then, that the Belarusian leader has proudly predicted a landslide victory on Sunday. “There will definitely be political changes,” Lukashenko said last week, “but no change of power in Belarus.”
Earlier this decade, Lukashenko’s abuses led the United States and the European Union to impose a series of targeted sanctions on regime officials, which led the Belarusian government to reconsider a handful of its draconian actions. The sanctions were effective, in large part, because the U.S. and its European allies presented a united front. After all, unilateral sanctions don’t have the same bite as those implemented by several countries. (See the painstaking effort of the Obama administration to convince governments around the world to get on board with sanctions against Iran.) But, over the past year, that erstwhile front against Belarus has cracked. The EU has dropped many of its sanctions, and European leaders have even begun cozying up to Lukashenko. Meanwhile, the United States, while maintaining sanctions, has done little to press the Belarusian president on his abysmal human rights record.
Why has the West gone soft on Lukashenko? The answer, in fact, lies to the east: Belarus has increasingly become a pawn between Russia and Europe and the United States. And the winner of this geostrategic chess match has been the Belarusian dictator himself.

A landlocked country that borders Russia and three European Union states, Belarus regularly engages in unsavory behavior, whether oppressing its own people or selling weapons to rogue governments or elements in Syria, North Korea, Sudan, and Iran. In 2002, fed up with Lukashenko, the EU and U.S. placed visa bans on top Belarusian officials following the closure of an Organization for Security and Cooperation in Europe (OSCE) office in Minsk. The results were positive: Lukashenko soon allowed the office to reopen. In 2006, after Lukashenko rigged the presidential election, Western governments imposed a new round of sanctions and demanded that the regime release six high-profile political prisoners. The following year, the U.S. froze the assets of the state oil-refining company, in which Lukashenko is alleged to have a large personal stake. Within two months, according to a recent article co-authored by former Bush administration officials David Kramer and Damon Wilson, a representative from the regime paid a quiet visit to the U.S. embassy to inquire if the release of the prisoners would result in an easing of the sanctions. Within two days of that meeting, the Belarusian government freed the first of several detainees.
But the West’s tough approach to Belarus began to slip soon after. In 2008, the EU voted to dropmost of its visa bans on Belarusian officials, even though, just weeks earlier, the regime had staged parliamentary elections denounced as unfair by the OSCE. (This move was particularly galling in light of the fact that the U.S. ambassador had been forced to leave the country earlier that year over the continuation of U.S. sanctions; to this day, there is no ambassador in Minsk). In November 2009, Italian Prime Minister Silvio Berlusconi became the first Western leader to visit Belarus since Lukashenko came to power. (“Good luck to you and your people, whom I know love you,” Berlusconi told his Belarusian counterpart. “This is demonstrated by the results from the elections.”) Berlusconi signed an economic agreement with Lukashenko, who touted the visit as a legitimization of his rule. That same year, the EU allowed Belarus into its “Eastern Partnership Initiative,” a trade and aid pact considered an initial step toward membership.
The reason for this backslide is obvious if one looks to the West’s ever-contentious relationship with Russia. For years, Moscow was content with Lukashenko who, as president, proposed apartial union between the two countries. He was also, in many ways, the ideal partner for a Russian regime that was itself becoming increasingly authoritarian under Vladimir Putin. Lukashenko was far more amenable to the Kremlin than pesky, pro-Western upstarts like Georgia’s Mikhail Saakashvili or Ukraine’s Victor Yushchenko. But relations between the two countries took a turn for the worse in 2007, when Russia’s Gazprom demanded a higher tax on the gas it sent to Belarus. This June, Lukashenko threatened to cut off Russian gas shipments to Europe in protest of increased tariffs. He has also angered Moscow by refusing to recognize the “independence” of the breakaway Georgian republics of Abkhazia and South Ossetia, and by granting asylum this year to the ousted president of Kyrgyzstan, Kurmanbek Bakiyev, who earned the undying enmity of the Kremlin after reneging on an agreement to evict a U.S. military base from his country. In July, Russian state television—widely watched in Belarus—aired a blistering documentary about Lukashenko called “The Belarusian Godfather,” accusing him of corruption and tying him to a string of politically charged murders.
With the recent deterioration of Moscow-Minsk relations, some European countries—particularly those geographically close to Russia—have decided Lukashenko might be a useful buffer against Moscow. Last month, Lithuanian President Dalia Grybauskaite paid a personal visit to Lukashenko and later told a delegation of European officials that he is “a guarantor of economic and political stability in Belarus, its independence.” (Grybauskaite later denied the remarks). Also in November, German Foreign Minister Guido Westerwelle and Polish Foreign Minister Radek Sikorski traveled to Minsk to meet with Lukashenko, promising him aid in exchange for free and fair elections.
Meanwhile, the Obama administration has kept Bush-era sanctions in place, but some observers fear the recent deal signed by the United States and Lukashenko to eliminate Belarus’s Soviet-era enriched uranium gave short shrift to democracy and human rights. Kramer, co-author of the recent article on the efficacy of the West’s approach to Belarus and now the president of Freedom House, said of the joint statement issued after the deal was inked, “You’d never know that in that statement that the U.S. has a sanctions regime and doesn’t have an ambassador.” He worries that the “U.S. is moving closer to the EU’s softer version” of dealing with Lukashenko.

Democrats in Belarus roundly reject the West’s new, cynical approach to Lukashenko. “We want to convince European politicians that we are able to deal with Lukashenko ourselves and that they don’t need to play any games with him,” Uladzimir Niakliayeu, the leading opposition candidate in Sunday’s election, told me during a recent visit to Prague. “Europe should proceed from the view that Lukashenko is the last dictatorship in Europe and nothing will change until he goes,” Andrei Sannikov, a former deputy minister of foreign affairs under Lukashenko who is now running against him, told Bloomberg News last month.
This weekend’s election is sure to be rife with problems: Earlier this week, campaign workers for two opposition candidates were assaulted; meanwhile, onerous campaign regulations and Lukashenko’s monopolization of the state media will both cast a cloud over the outcome. All of which will only provide the Belarusian opposition more fodder in its challenge to the EU and U.S. “The greatest danger is that the West will be fooled by Lukashenko that this is a real election and not a simulation of an election,” Niakliayeu told me. “If the West recognizes this election as free and fair, that would be the worst thing for Belarus. The recognition, even with reservations, a long list of reservations, would mean death to the Belarusian democracy movement.”
So the West has a choice: It can return to its tougher, more effective approach to Lukashenko, punishing his government for its violations of Belarusians’ political and human rights and pushing for reform. Or it can let itself be fooled—and allow Belarus to continue suffering under the thumb of Europe’s last tyrant.