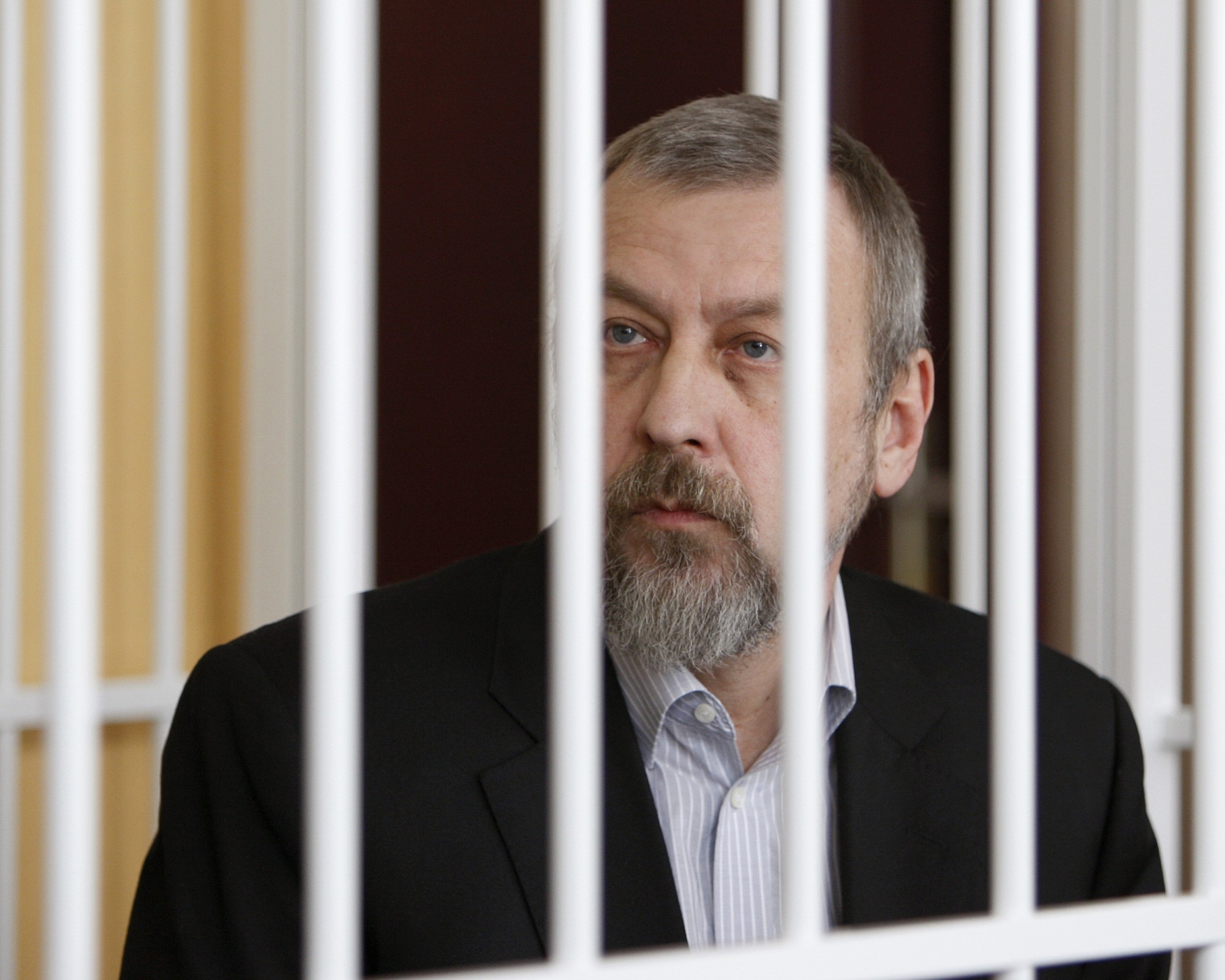 A Hero Who Doesn't Exist

In 2010, at an international affairs conference in London, I was seated next to a man named Andrei Sannikov from a country called Belarus. I had never heard of him before, and I knew next to nothing about the land from which he came, other than that it was somewhere in Eastern Europe and not particularly democratic. I’m ashamed to confess such ignorance, because Andrei Sannikov is one of the bravest people I ever met.
I didn’t discover this quality until December 19 of that year when, working for Radio Free Europe/Radio Liberty, I was dispatched to Belarus to cover its presidential election. Sannikov, along with eight other candidates, was leading a hopeless effort against Alexander Lukashenko, a former collective farm manager who, since 1994, has ruled that country like the humorless, vulgar Soviet apparatchik that he is. The night of the fixed election, Sannikov led a demonstration in Minsk, the capital, along with tens of thousands of his fellow citizens. Not long after the protesters gathered outside the main government buildings, a phalanx of riot police and soldiers descended upon the crowd, beating them with truncheons and arresting hundreds.
The police went straight for Sannikov, the most prominent of the opposition leaders (in the early 1990s, before Belarus became “the last dictatorship in Europe,” he had served as a diplomat ). He was severely beaten, arrested, and in a show trial last year, convicted of “organizing mass disturbances.” At one point, the regime even tried to take custody of his 3-year-old son, deploying the Soviet-style logic that, because Sannikov’s wife, the journalist Iryna Khalip, had also been imprisoned, it was in the child’s interest that he be put into state guardianship.
Andrei Sannikov is a political prisoner. That last sentence likely comes as a shock to many, who thought that the holding of political prisoners on the European continent ended with the collapse of communism in 1989. It certainly comes as a shock to Yosef Shagal, a former Yisrael Beiteinu Knesset member who last month presented his credentials to Lukashenko as Israel’s ambassador to Belarus.
At a Minsk press conference several days before the ceremony, a Belarusian journalist asked Shagal about Israel’s position on the holding of political prisoners in Belarus. “I am not aware. I should read newspapers. In half a year I will answer your question,” he said sarcastically. Then challenging his questioners, he added, “I am a journalist and know right well how articles are written. Have you ever been to political prisoners’ camps?” At the ceremony in which Lukashenko welcomed Shagal as Israel’s ambassador, the dictator told him, “I am ready to back virtually everything you said.”
Lukashenko and Shagal are correct on at least one thing: Israel’s man in Minsk should indeed “read newspapers.” Shagal’s tart suggestion that journalists ought to visit the prisons in which political prisoners are supposedly held – intimating that they don’t even exist – was met with a fiery reply from Iryna Khalip, who asked what the reaction would be if “a new ambassador from a civilized country, let it be Germany, arrives to Israel” and questioned the Holocaust. Putting aside the reductio ad Hitlerum hyperbole, Khalip’s anger is justified and understandable.
Shagal’s toadying could not have come at a worse time. Just last week, the 27 member states of the European Union recalled their ambassadors from Minsk in solidarity with Poland, whose envoy had been expelled from Belarus due to his country’s robust support for democratic forces there (expelling Western ambassadors is a perennial Lukashenko tactic; the U.S. Embassy in Minsk has been working without one since 2008 ). As Israel seeks to gain support from the Continent for toughening sanctions on Iran, should it not be standing with its European allies?
Sadly, Shagal’s remarks are not the stupid utterances of a lone diplomat, but track with the broader agenda of his boss, Foreign Minister Avigdor Lieberman. The ex-nightclub bouncer from Moldova has a soft spot for strongmen in the former Soviet Union. Last December, during a visit to Moscow right after Vladimir Putin rigged legislative elections, Lieberman praised the ballot as free and fair.
To be sure, Israel is a small country in a tough neighborhood. It is foolish to expect it to have, like Norway or Sweden, pretensions of a morally pristine foreign policy, in which it is always (at least in its own mind ) standing up for human rights even when they conflict with economic or strategic interests. But surely Shagal could have answered the question more – how to put it – diplomatically, in a way that did not repeat Belarusian state propaganda.
Even from the standpoint of realpolitik, it’s not like Minsk and Moscow have been helpful allies of Jerusalem, the least that could be said about Hosni Mubarak’s Egypt. Belarus, with a healthy arms industry left over from the Cold War, is one of the world’s largest weapons dealers, including to places like Iran and Syria. And Russia has long been a supplier of arms to Syria and is the Islamic Republic’s most important defender at the United Nations.
Israelis often complain, rightly, that the world does not sympathize nor stand with them in times of need. The next time the Foreign Ministry decries Israel’s increasing isolation, perhaps it should reconsider its official position that Andrei Sannikov does not exist.